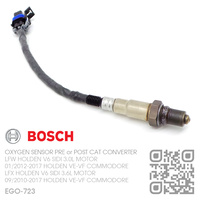 The oxygen sensor is a device which determines the oxygen content of the exhaust gas. Since the amount of oxygen in the exhaust gas is a very good indicator of combustion efficiency, it is also the best place to monitor the air fuel ratio.

Oxygen sensors can fail when the sensor’s ceramic element is exposed to certain types of silicone compounds or when an oil-burning engine adds to the sensor becoming oil-fouled. Small amounts of tetra-ethyl lead in the petrol or over-the-counter fuel additives, which are not “oxygen sensor safe”, can also kill an oxygen sensor.

Bosch Oxygen Sensors are precision made for outstanding performance and manufactured to meet and exceed all original equipment specification and test requirements.

For nearly 70 years, BOSCH has being a original equipment manufacturer for Holden and has a reputation for producing extremely high quality components.

SPECIAL NOTE:
PLEASE ENSURE YOUR VEHICLE HAS A 4 WIRE OXYGEN SENSOR AT A LENGTH OF 255mm 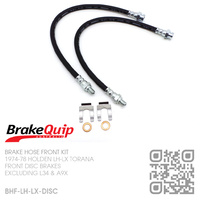